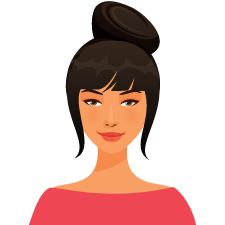 Are you looking for new and exciting ways to teach your children? Although you might think that pulling out your old college textbooks is a great way to get them enthused about chemistry, the fact of the matter is that sometimes kids need a little more to spark their interest. Fortunately, these days you can find a slew of helpful materials for great prices--especially if you shop around online. I have been able to use helpful mathematics guides, interesting science quick-reference sheets, and posters to bring difficult concepts to life. Go through my blog to learn more about these helpful materials.

One of the greatest tales of the American dream gone wrong is The Great Gatsby. This is a story of fortune and success alongside the dark and depth of love gone wrong.

Invisible Man was published before the Civil Rights Movement, and it shows the ways in which the American dream excluded many people who were not wealthy, white men. Ellison discusses marginalized people in a way and their plight in the face of the American dream.

Death of a Salesman by Arthur Miller

Miller's book explores societal expectations for men and the impact that they have on families. It also explores the tarnished view of the American dream and the financial and professional issues that often arise in the pursuit of achieving the American dream.

On the Road by Jack Kerouac

Kerouac's story is one that turns the American dream on its head, presenting a different view of what that dream looks like. Could the American dream involve a sense of freedom, not one tied to money and financial or professional success? In Kerouac's world, this certainly seems to be the case.

The Grapes of Wrath by John Steinbeck

This novel explores the impact of the Great Depression on America. During this time, many Americans had to rethink what the American dream meant to them. The story examines survival, shelter, and life in America.

This book details two generations of Chinese-American women. The book presents several stories, many of which revolve around grief, love, and family. Each woman in the older generation seeks a life in American that may be better than the life they leave behind. They also see the impact of the American dream on their children.

Where Should you Begin?

There are many perspectives to be found in books about the American Dream. These can be great for teaching students about it. These books provide clear and concrete examples of life from a fictional but very realistic standpoint. Each one is written well and offers tremendous insight.